The Sharpness feature in modern displays was originally designed to visually enhance low-resolution source content by enhancing the brightness transitions at the edges of objects in a scene. This edge enhancement creates a thin halo effect at all image edges.

Most viewers prefer a perceptually sharp image, but the way that Sharpness works on most displays introduces edge artifacts that are visible as undesired elements of the picture, especially on larger screens. Sharpness enhancement produces an unnatural harshness to the picture, and actually overwrites small, closely spaced image details. When Sharpness is applied to high-resolution images, the picture may appear to be more detailed (edgy) at first viewing, but there is actually less fine detail visible in the picture. It will be seen that cinema pictures, with no edge enhancement, appear to be fairly “soft” images, yet reveal more picture detail than sharpened, edgy video pictures.

While Sharpness edge enhancement may benefit lower resolution images on smaller screens, on modern displays with high-resolution picture content, the image artifacts and loss of detail are considered objectionable by most viewers. As a result, conventional wisdom has developed to set the Sharpness control to produce minimum edge enhancement, perhaps at zero. However, some displays may actually soften the image at the lowest settings of their Sharpness control, blurring edge detail. Thus, you need to find the Sharpness setting that neither adds edge enhancement nor blurs the image. This goal may not be perfectly achievable, but the best compromise is usually the lowest Sharpness setting that does not blur image edges. 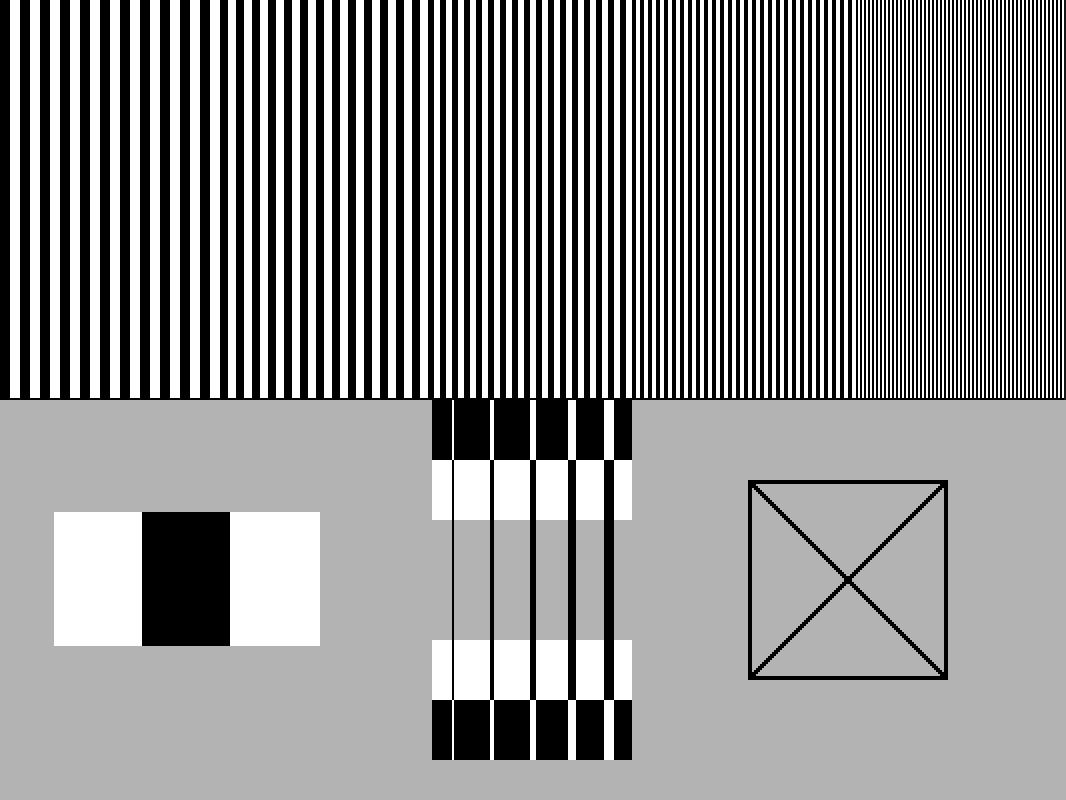 A Sharpness or multi-burst pattern can help set the Sharpness control.

To adjust the Sharpness control: